Guapa: Islam and the Fear of Compulsory Heterosexuality

Guapa : Islam and the Fear of Compulsory Heterosexuality

Amal Hayati (“The Hope of My Life”), song by Umm Koultum.

I have just finished reading an advance copy of a remarkable debut novel called Guapa, by Saleem Haddad, that deals openly with homosexuality in Islam. Guapa (which is Spanish for beautiful, or “gorgeous,” and is often used in a kind of off-handed—even queer—way, as in, drag queens might be described as “guapa”) is set in an unnamed Arab capital of an unnamed Arab country that has more than a passing resemblance to Syria. Its central figure is a gay Arab in his mid-twenties named Rasa who is living with his paternal grandmother, Teta, whose main focus, like a lot of grandmothers, is maintaining and enforcing conformity, conservative values, and eib—Arabic for shame. Rasa’s father, recently dead, was a fairly prosperous doctor; his mother, a rebellious woman who was educated in the US and has left the family because she could not stand Teta’s bullying and conservative values a moment longer. Rasa and his grandmother have come down economically; they have left the prosperous suburbs, and are now living in the middle of the city, where violence and bombing, both by foreign forces and local terrorist groups, are common.

Rasa takes refuge at Guapa, as close to a “gay bar” as this Arab capital will allow. It is located in a cast-off no-man’s-land of burned out buildings, and deep in its basement an old school chum of Rasa’s, petulant, rebellious and bullied Maj, performs drag acts, ranging from Cher to Umm Koultum, the revered “Maria Callas” of the Arab world.

Rasa is in love with Taymour, a handsome well-born young man from a showy, upper class local family who is getting married to a striking, intelligent young woman the day after the novel starts. The central act that starts Guapa is when Teta, through a keyhole, spies Rasa in bed with Taymour.

At this point all hell breaks loose, not simply because Teta finds out that Rasa is queer but because a central protective surface of Arab life has been hit hard and cracked deep: it is the accepted wisdom that “appearances,” that is, the glue that holds together “society” itself, is everything. “Society” is family, tribe, and, ultimately, life. It is more important than nationality, and while on one hand privacy within “society” is everything, on the other in a world of enforced conformity, it is impossible. The only solution then is secrecy, and secrecy itself will be respected as long as you maintain the understanding that genuine “privacy” (which can easily explode in your hands as an engine of temptation, leading to your exposure and downfall) basically does not exist, except within a religious setting.

In other words, there is privacy only with God. Only God knows your mind. Only God is expected to understand it. And there is no hiding from God at all.

For Westerners in a secular society, this idea is extremely hard to grasp, although among conservative fundamentalists of any stripe (whether they be orthodox Jews, or Christian conservatives in various sects and cults, such as Opus Dei Roman Catholics, Mormons, Jehovah’s Witnesses, to name only a few) you often see a repetition of it. The accepted dogma is: You can have a privacy with God that supersedes any human intimacy. It will enclose heterosexual desire to such a point that any public display of it is shameful and threatening. In other words, a public display of heterosexuality mocks a private relationship that the whole community must support with God.

This kind of public display of heterosexuality fosters (or even becomes) harlotry, adultery, and certainly blasphemy, and—believe it or not—in this mindset, it leads to homosexuality. Because once one form of sexuality jumps straight out the closet, other forms are close to follow. Also, within this strange series of smoked mirrors and alleyways, any overt public display of heterosexuality also threatens the sanctity of a strong personal privacy, which, in turn, permits genuine homosexual feelings to bloom.

Therefore, being caught openly as queer could make you vulnerable to being murdered legally (or, certainly, ostracized) but if you are not caught and can actually perform on a private level in this kind of relationship, then you are functioning on a level of such intense intimacy that most Westerners cannot imagine it.

Because you are now in a private relationship that approaches the other great “private” relationship in any life: the one with God.

This blows the living shit out of the Western idea of making the private public—something that Western art started doing in the eighteenth century as the Enlightenment stuck its spotlight into so many sexual and personal areas. From The Marriage of Figaro to Lady Chatterley’s Lover to all the four-letter-word hook-ups in hip-hop and rap, heterosexuality is now totally unwrapped in the West. A number of acculturated young Arabs of either gender find all of this interesting (OK, maybe “challenging”) even if at times revolting. But for Moslems at the extreme end of Islamic conservatism, in a culture where the only real intimacy is religious, this is not only shameful: it’s abjectly scary. It’s because opening up the hetero closet pushes queerness out as well; and that, certainly at this point, has to stay extremely deep in the closet.

As in waaaay in the back.

It’s a secret that can be shared only with a very select few. There is no way around it. Deep down there, it can be passionate, desperate, and maybe even fulfilling. But it can only exist in secret.

There is no alternative.

For Moslems now, the West is engaged in compulsory heterosexuality. Hetero desire is pushed so far out at you through the mass consumer culture (which deems anything kosher if it brings in a dollar) that it immediately provokes in the Islamic world a gut reaction: there is now no place to hide from it. As a “real man” you either have to act on it, or face a deep shame of your own—your own castration. There are no excuses from it, no reprieve from it, where queer desire can safely settle. By keeping women under wraps in purdah, by making them economically, emotionally, and psychologically dependent on men, by reducing them to second class citizens, there is maintained that dark comfortable zone where the men can still run after boys—and even abuse the hell out of them in safety.

Guapa talks about this openly.

This has been an ancient “bargain” in Islamic and even Mediterranean war-based cultures, but it still says that there can be, by Western standards, no openness regarding homosexuality.

Academic Islamicists will tell you that, classically, Islam was much more tolerant of homosexuality than the West was—as long as it was not openly supported by society, and kept private. Queer men and women were not executed, not burned at the stake for this, as they were in medieval Europe. In the classical age of the caliphate, you might be executed by the state for blasphemy, but not for sodomy. What kept homosexuality safe was a constant suspicion of women. They were at heart evil, treacherous, and not to be trusted.

This provided a safe screen for queer activities to hide behind. The screen ensured that heterosexuality was not blatantly advertised or available, so wealthy heterosexual men in an Arab culture had to go to the West for pleasure while wealthy homosexual men from the West went to countries like Morocco where boys and young men were usually openly available for hire.

The interesting situation is that there are Islamic feminists who feel that, classically, women were given (or extended) a very real protection through the conditions of their public suppression. If you exposed nothing of yourself physically, you might not be raped, and the respect given to you, by Western standards, would be immeasurable. In these cloistered, harem situations women could bond and form a culture of their own unknown in the West. Female eroticism and homoeroticism (both female and male, in the form of a sexually wild card “eunuch” class) could exist side-by-side behind very high, guarded walls.

There is a great deal of comfort in this for a lot of people, both in the West and the East. They are sick of the in-your-face sexuality of Western consumerism, which becomes more blatant year after year, as it also become more desperate to push the envelope of an almost meaningless frankness. Kids are screaming for “freedom,” and yet realizing there is almost no protection from it because this consumerist freedom has so many potholes under it: the dissolution of family life, drug and sexual addictions, gang rapes, alcoholism, just to name a few.

You also have the bottom line that if heterosexuality is offered to you so explosively on a Las Vegas level, how do you preserve that personal, private (and “pure”) relationship with God, the one where homosexual desire can still find some shelter—sometimes even next to the wedding bed itself? 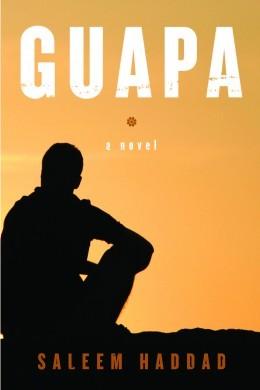 In Guapa, Rasa and Taymour promise that they will love each other even after Taymour’s arranged (and very public) marriage. Rasa, who went to college in the West, wants some recognition of their relationship, even if only of their very “special” friendship. Taymour, who is more conservative, won’t hear of it. But he knows that there are many marriages like his, that will produce respect and children, and that the culture that he comes from will produce enough darkness around his private life to keep such an arrangement with Rasa possible.

And, if they are ever caught, Taymour has enough money to try to buy himself out of any jam.

But, as the times and this novel threatens, there is no guarantee of that anymore.

Multiple award-winning author Perry Brass has published 19 books. His newest is The Manly Pursuit of Desire and Love, Your Guide to Life, Happiness, and Emotional and Sexual Fulfillment in a Closed-Down World, a follow up book to his very popular The Manly Art of Seduction, How to Meet, Talk to, and Become Intimate with Anyone. His novel King of Angels, A Novel About the Genesis of Identity and Belief, set in Savannah, GA, in 1963, the year of John Kennedy’s murder, was a finalist for a Ferro-Grumley LGBT Fiction Award. He can be reached through his website www.perrybrass.com, and also on Facebook and Twitter.

2 thoughts on “Guapa: Islam and the Fear of Compulsory Heterosexuality” 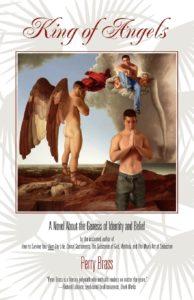 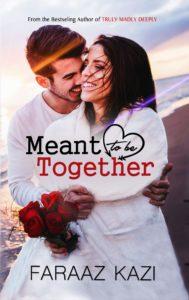 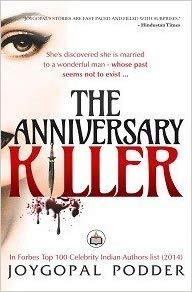 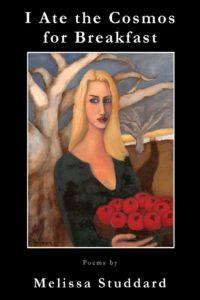 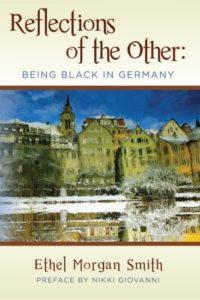 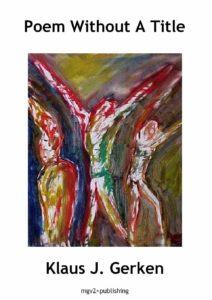 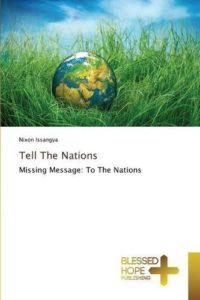 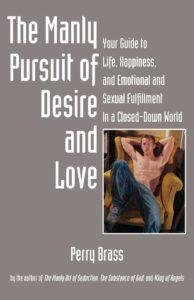 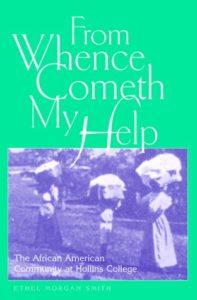 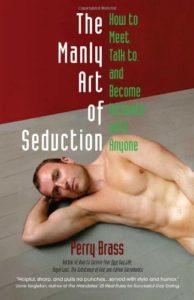